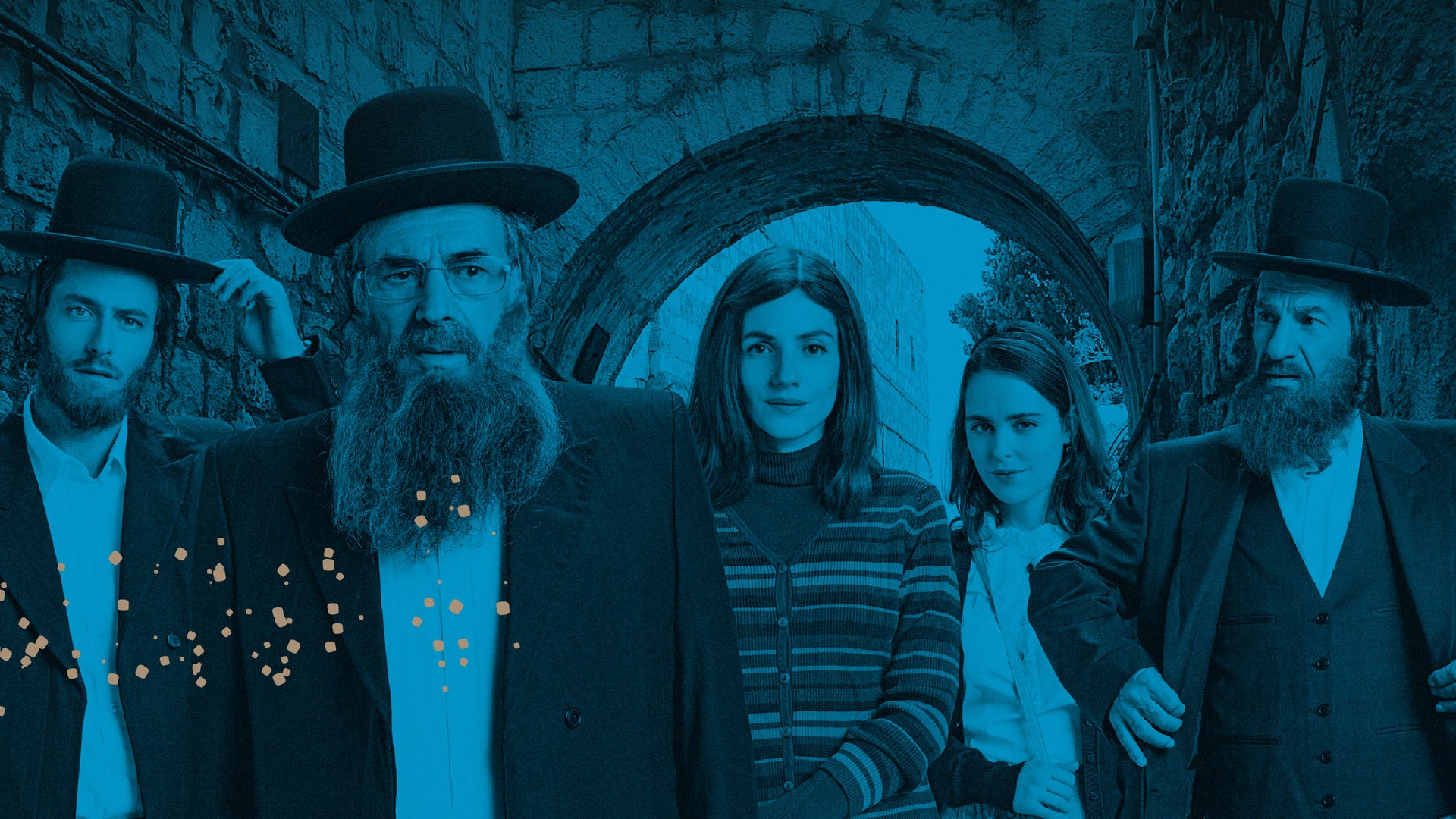 A rebrand to celebrate a quarter century of Jewish film.

After Overdrive’s 17-year ongoing partnership with the Toronto Jewish Film Festival, it was time to say goodbye… to the old name. This was coinciding with its 25th anniversary in May 2017. The Film Festival has always been the marquee star of the TJFF Foundation.  As a result, the Foundation became less visible and less understood as a brand in comparison to one of its main offerings. The end result being that TJFF felt it was a logical time to shift some of the focus back onto some of the ongoing work by the Foundation that takes place outside of Festival time.

After months of work, the result was a successful rebrand as The Toronto Jewish Film Foundation.  The organization hopes to bring more profile to the Foundation as it continues its work in education, distribution and bringing Jewish film to a wider audience throughout the year.

In order to accomplish this, Overdrive aimed to modernize the logo and visual identity, while retaining the brand equity established by the Festival. Fortunately, from a design and branding perspective, both the foundation and festival share the letter F and we were able to keep the acronym that has been used since the organization’s beginnings. We followed this with a brand expression that reflects the international diversity of Jewish film—a core commitment of the TJFF.

The project scope also included a fresh website with new web design and web development. This was the third that Overdrive has designed for the TJFF, the last re-design and build occurring in 2011. When a website ages gracefully for six years its fantastic, but nothing lasts forever in the online world. And so, it came time for us to redesign the website in order to facilitate greater awareness of the Foundation’s work as well as to address current accessibility standards. 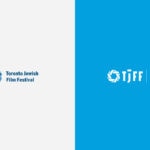 Before and after of TJFF’s logo. A subtle evolution of the brand identity. We modernized the film-reel / Star of David hybrid that is the core of the symbol and stripped out detail. The custom letters we created were inspired by Hebrew characters. 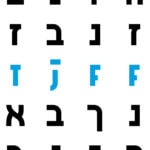 Part of the brand identity is obviously jewish heritage. In our type studies, and in our final execution, the letters of TJFF were inspired by Hebrew characters.

The logo component of the visual identity. You’ve gotta grid it!

Various elements of the brand’s visual identity. Not all elements ultimately became as dominant in the final execution. When in the colour the top right “sprinkles” were drawn as little flags. And in the bottom right, the abstract pattern is a deconstruction and reconfiguration of the symbol. 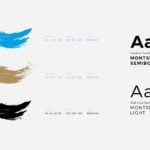 The primary colour pallet. We intentionally kept the pallet limited, but use it in big ways for dramatic effect. 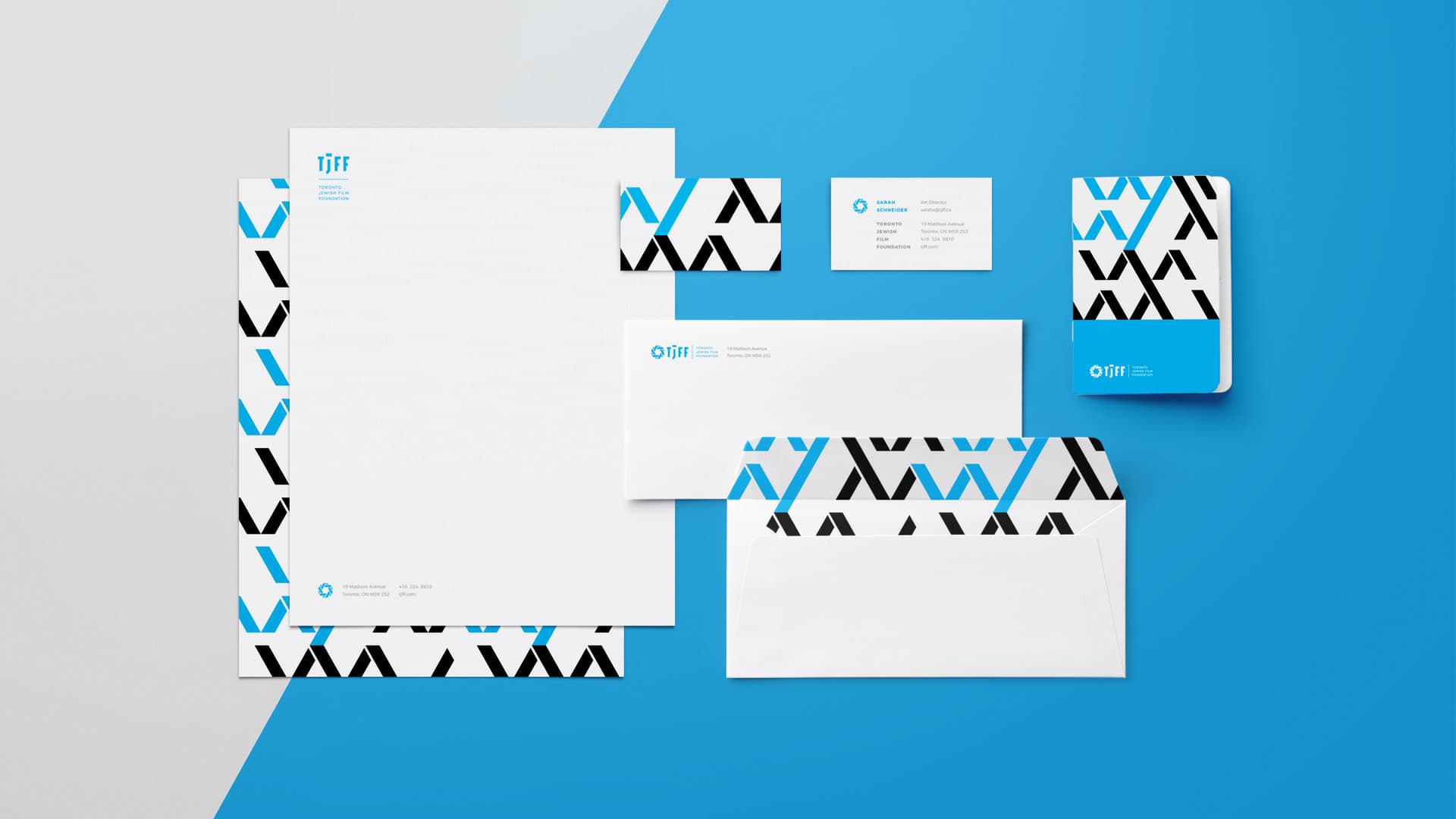 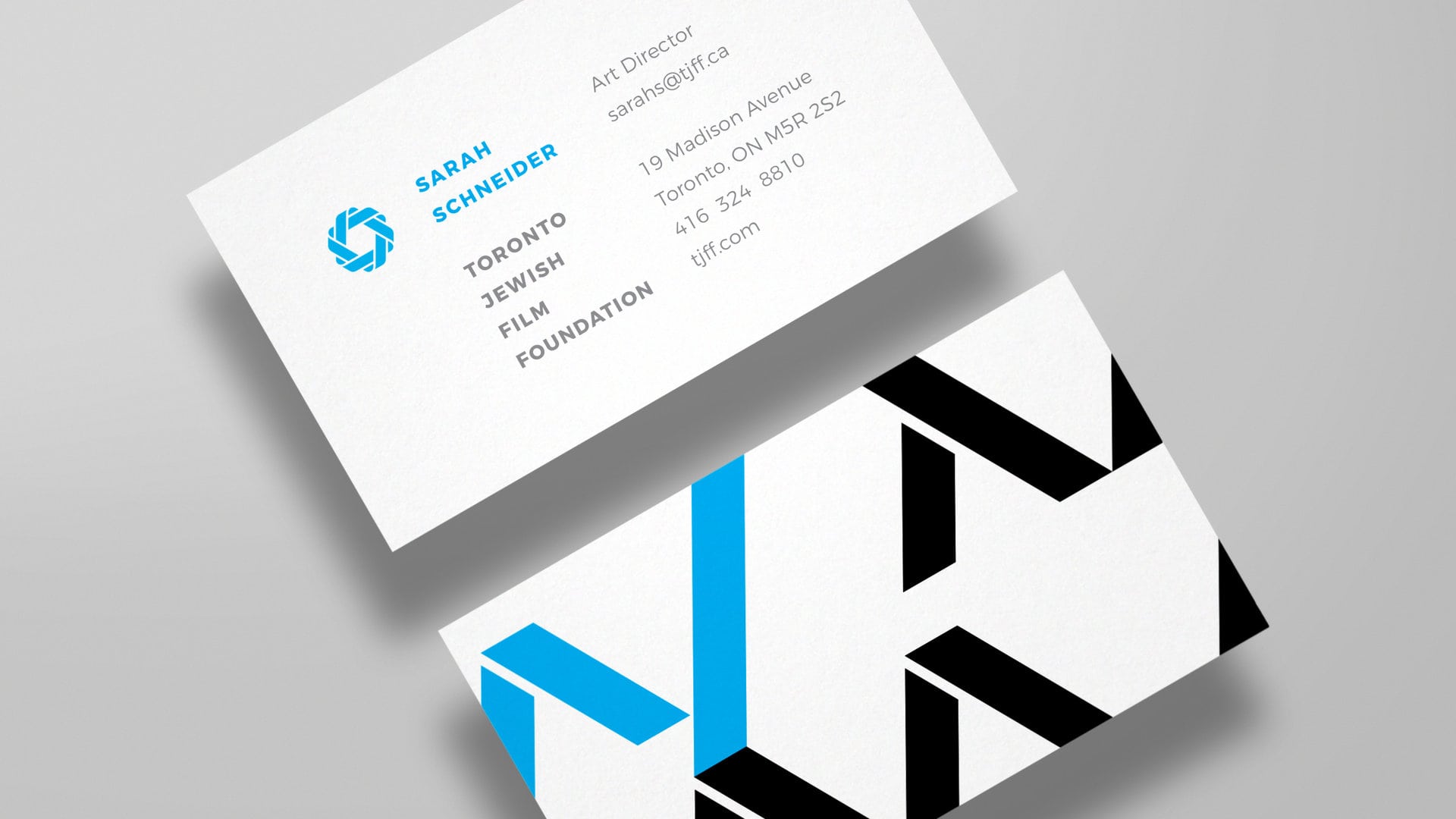 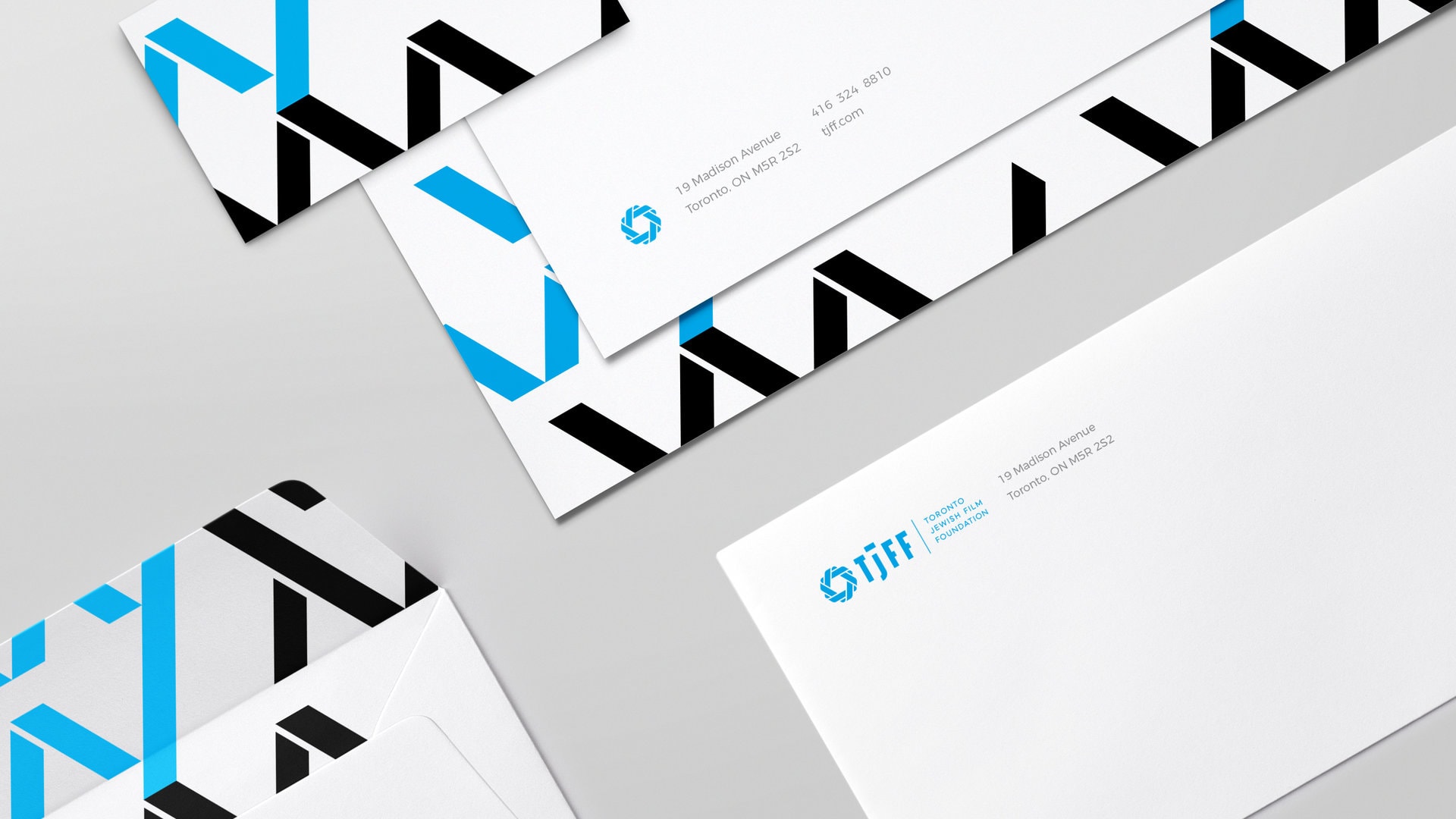 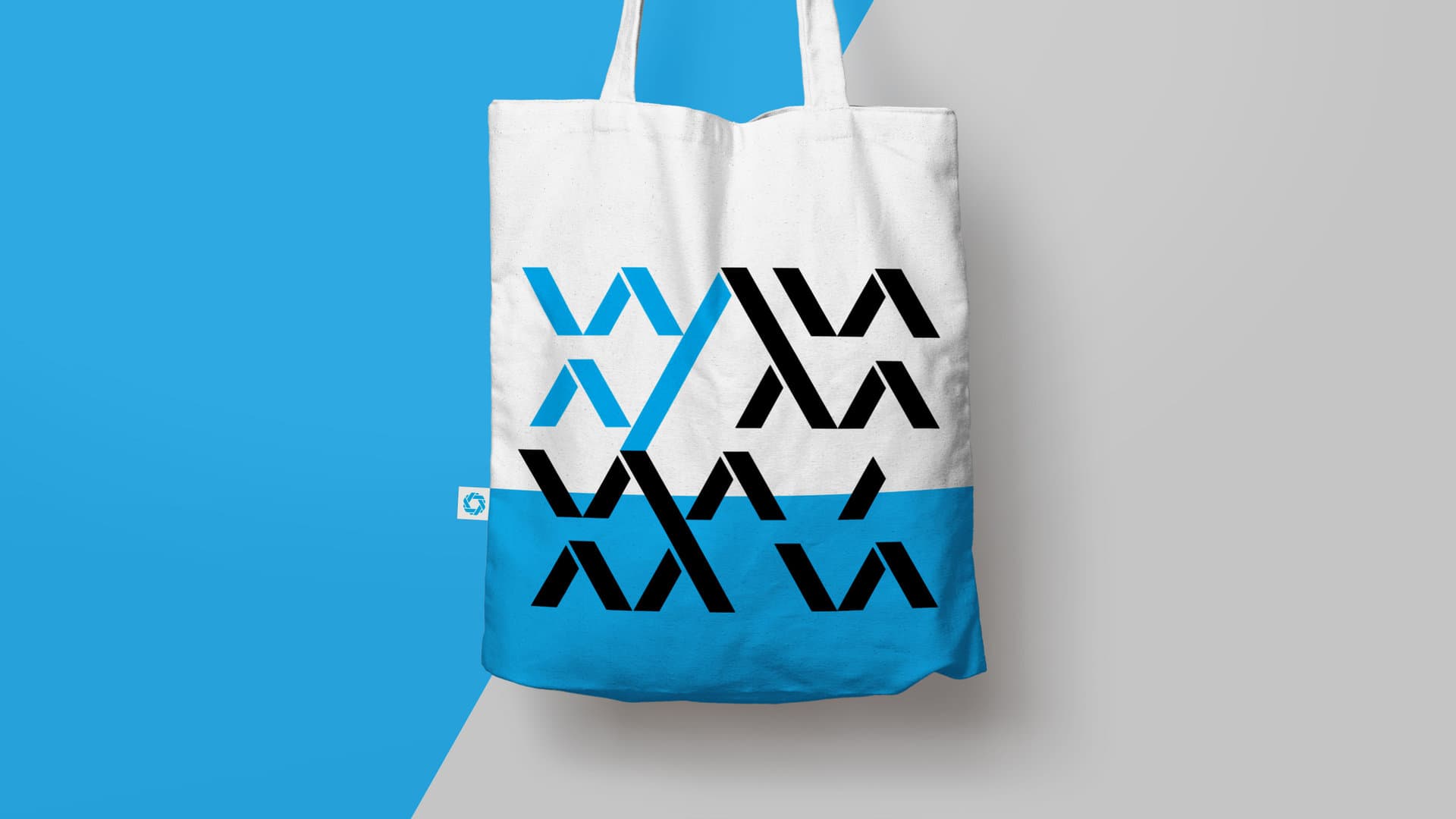 Collateral from the visual identity. We got a lot of leverage out of that logo! 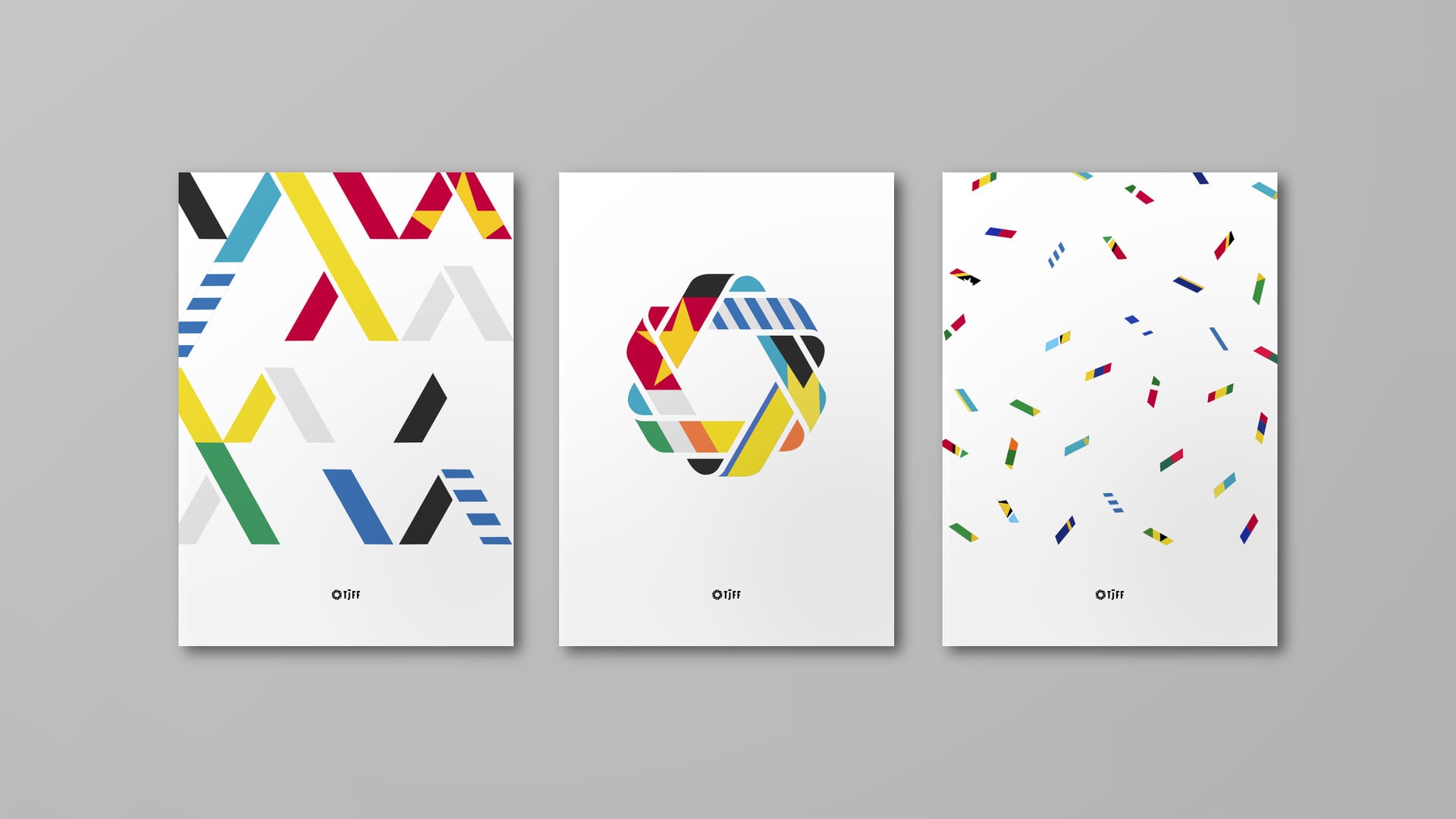 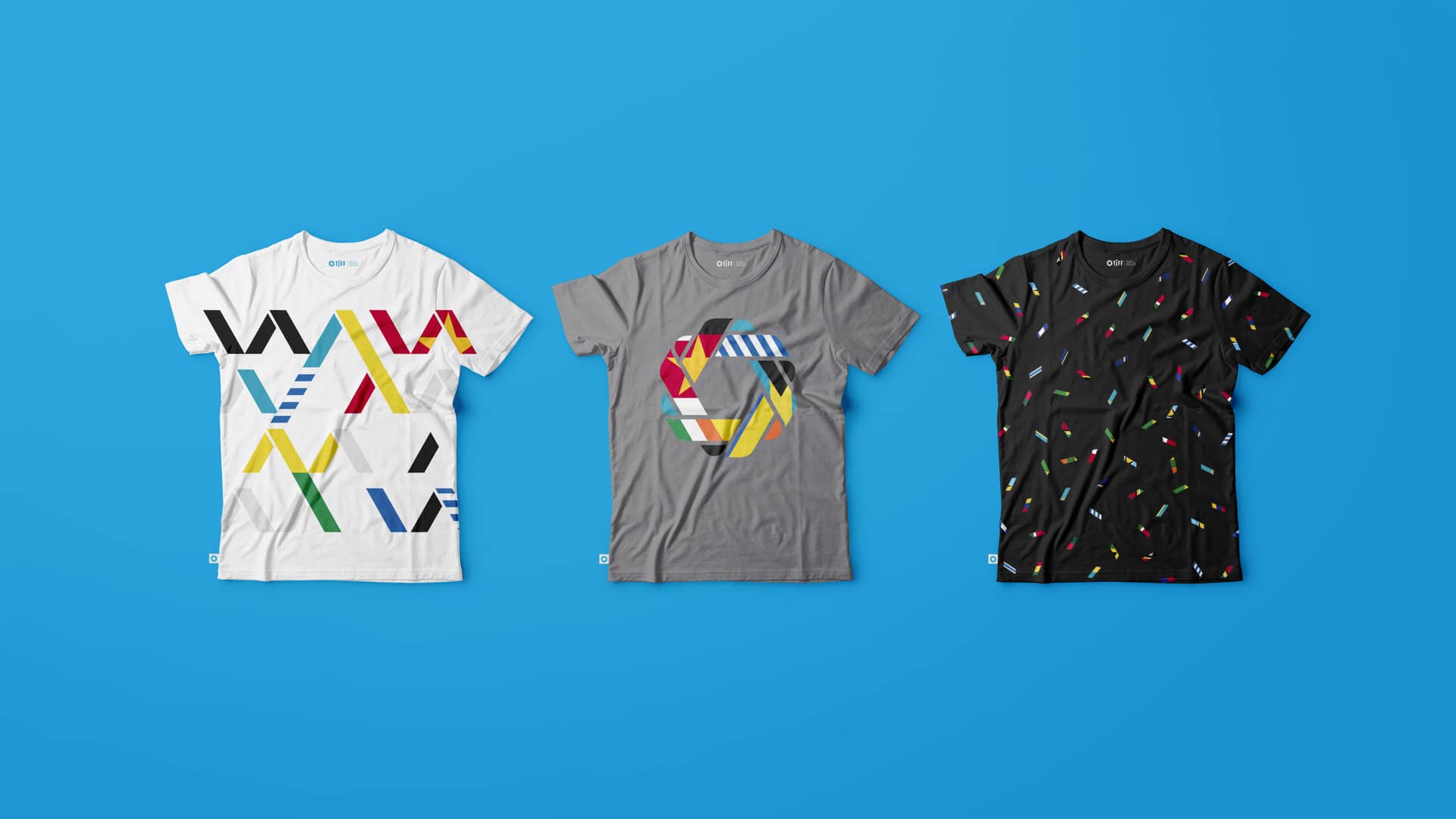 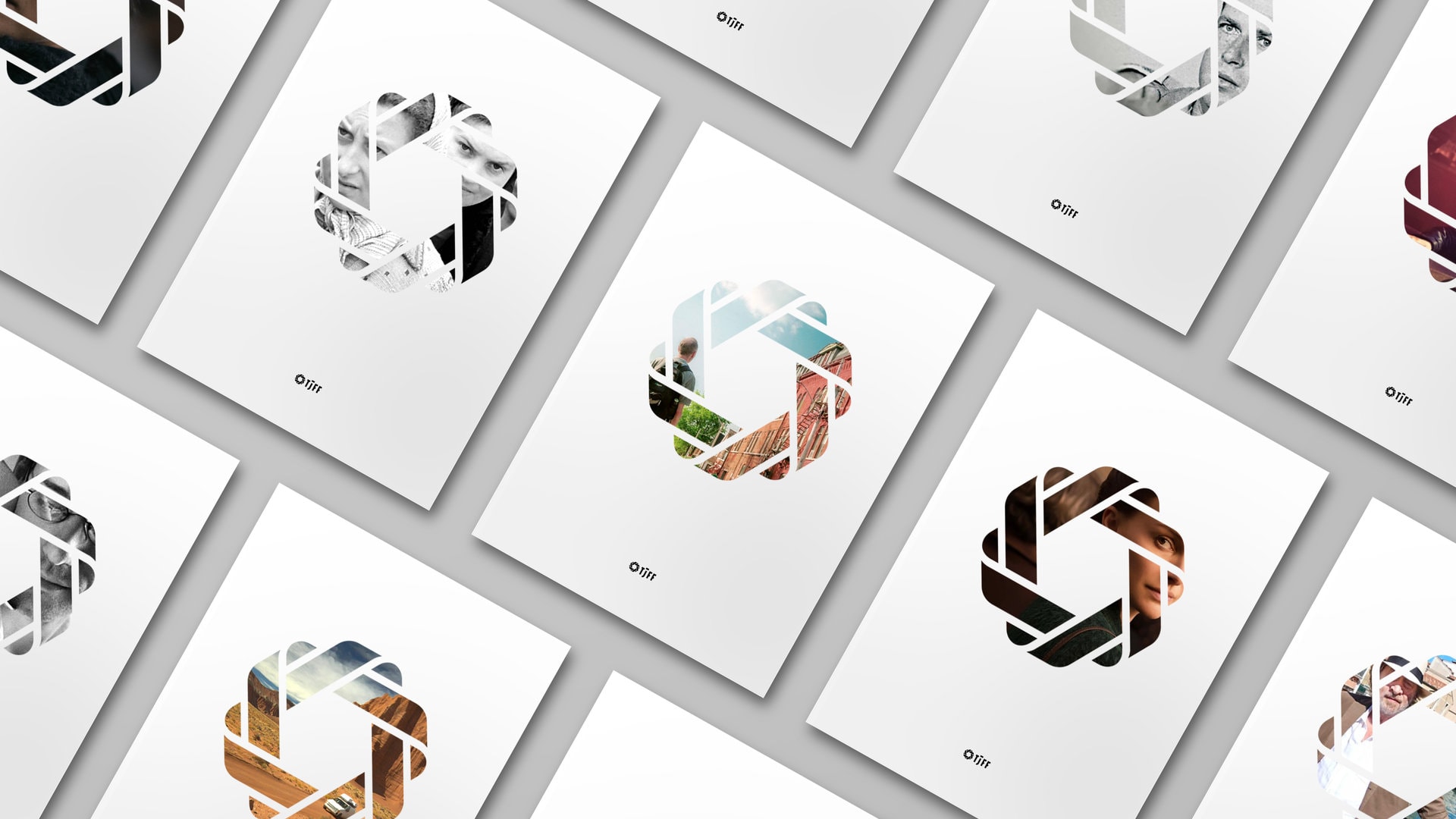 One idea that we played with as part of a campaign for the 25th anniversary rebrand was that the corporate symbol was also like a window. It could be transparent showing scenes from various films that the foundation might want to feature. Alternatively, the symbol could be composed of, or deconstructed into, the flags of the various nations to which Jewish diaspora immigrated. 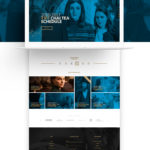 Web design for the TJFF website. We really doubled down on our use of blue, and gold to make the website feel dramatic, and to give it a branded look. Many festival websites are simply empty vessels that display their content, and as the website is a key part of TJFF’s brand identity, we wanted to give them a look they could own. 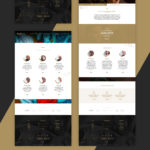 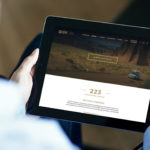 When we were commissioned to work on this project, we were requested to make it more accessible, but also to give it responsive design. The previous site had been built before responsive builds were common place, and it was previous desktop only.